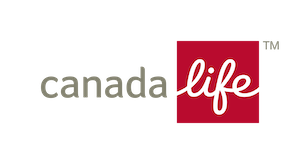 No more than one (1) Contest Entry per eligible person for the duration of the contest.

The Sponsor's servers or those of its service provider are the official time keeping device for this Contest.  This Contest is intended for residents of Canada only, and will be interpreted according to applicable Canadian law.

Notwithstanding the foregoing, employees of the Sponsor or Experiential Marketing Limited Partnership responsible for overseeing any draws related to the Contest or participating in any committee used to judge Contest Entries or persons with whom they are domiciled are not eligible to win a Prize.

The Sponsor will not be responsible for failed attempts to contact a selected eligible entrant. Odds of being selected for a Prize depend on the total number of eligible Contest Entries received during the Contest Period.

A selected eligible entrant may also be required to sign a release form (the “Release Form”), confirming compliance with these Official Contest Rules, acceptance of the Prize as awarded, without substitution, and releasing and holding harmless the Released Parties (as hereinafter defined) from any and all claims, expenses or liabilities in connection with the Prize or the Contest. The Release Form (where applicable) must be returned within the time period specified on the Release Form or the Prize may be forfeited.

The Prize will be delivered to the relevant winner’s specified address within two (2) weeks of such eligible entrant being declared a winner and providing the Sponsor with a completed Release Form (if required).  If it is not possible to deliver the Prize within two (2) weeks the Prize will be delivered as soon as reasonably possible. Any questions regarding the Sponsor’s privacy policy should be addressed to: Chief Compliance Officer, The Canada Life Assurance Company, 330 University Avenue, Toronto, Ontario, Canada M5G 1R8.

Entry materials/data that have been tampered with or altered are void. The Sponsor reserves the right in its sole discretion to disqualify any individual it finds to be tampering with the entry process or the operation of the Contest or to be acting in violation of these Official Contest Rules or in an unsportsmanlike or disruptive manner (including, without limitation, submitting an excessive (as determined by the Sponsor in its sole discretion) number of Contest Entries, whether through technological means or otherwise).  Any attempt by any person to deliberately undermine the legitimate operation of the Contest may be a violation of criminal and civil law, and, should such an attempt be made, the Sponsor reserves the right to seek damages from any such person to the fullest extent permitted by law. The Sponsor's failure to enforce any term of these Official Contest Rules shall not constitute a waiver of that provision.


© The Canada Life Assurance Company, 2019 (Canada Life), all rights reserved. Any modification of this document without the express written consent of Canada Life is strictly prohibited.
RETURN TO  ENTER NOW

YOUR ENTRY HAS BEEN SUBMITTED!

In compliance with privacy legislation, your personal information will be kept in confidence.

Canada Life and design are trademarks of The Canada Life Assurance Company.